3 POISONS That Will KILL Your Podcast Interview

As a podcaster, you want to make sure that your interviews are interesting and engaging for your listeners. There are a few mistakes that you can make, however, that will kill any interview and cause your audience to lose interest. In this article, we will discuss the three most common mistakes made during podcast interviews, and how to avoid them!

“Good conversation is like a tennis match where the attention moves equally between the two parties like a tennis ball. If someone is never able to truly put their attention on anything other than themselves it’s like playing tennis with someone who never properly serves the ball or never returns it once it goes over the net. The conversation suddenly turns into a monologue, soliloquy, or simply a lecture to an unwilling student.”  – Patrick King, How To Listen With Intention

Conversational narcissism is when an individual can tend to steer the conversation away from others and toward themselves.

Consider this humorous example from this early episode of Late Night with Conan O’Brien.

While this exchange is clearly played for laughs, in almost any social setting, this type of one-sided, me-focused conversation is all too common and frustrating.

It’s easy to stumble into making this error. We as human beings love talking about ourselves by default. A recent study revealed that disclosing information about the self is intrinsically rewarding.

Essentially, the study revealed that disclosing ones personal beliefs generated immense activity in the neural regions implicated in reward processing. The same part of your brain that lights up for food, sex, and other pleasures.

On the other hand, those who were analyzed listening to others disclose their beliefs showed far less activity in the neural regions implicated in reward processing. 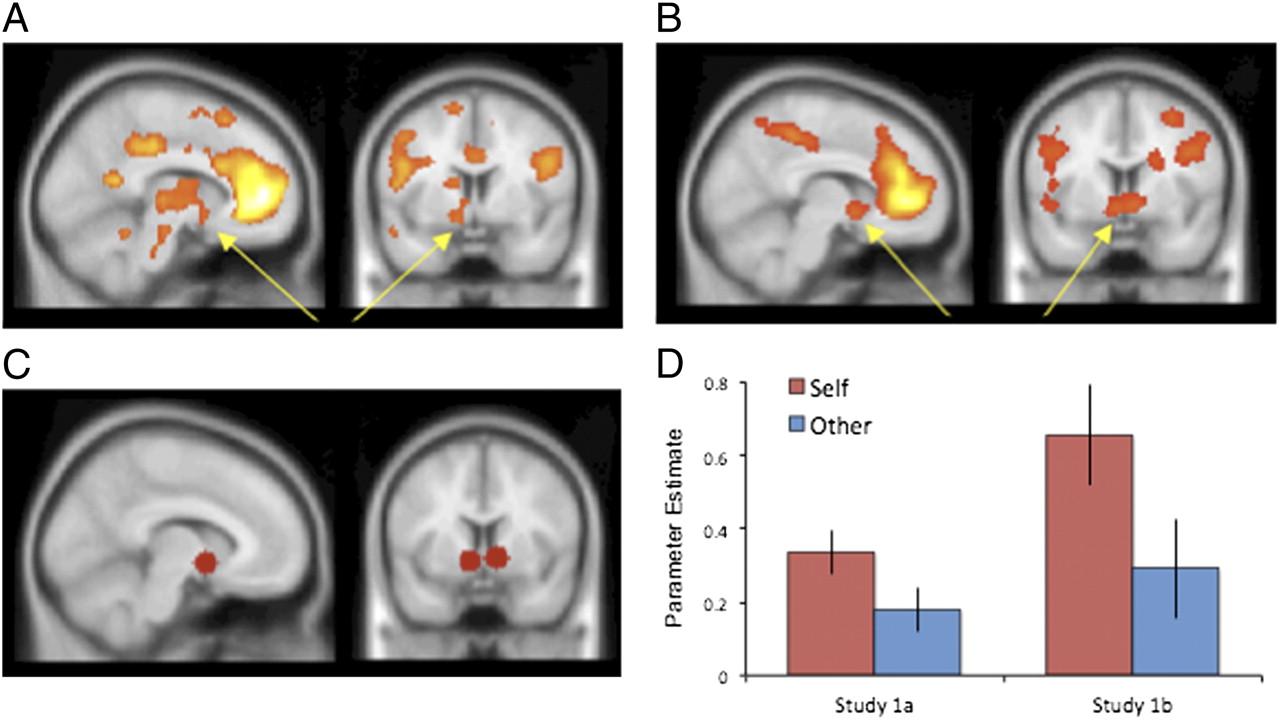 When you’re reading this and thinking, “That’s not me. I enjoy making other people feel heard!” I have some bad news for you. Although you have good intentions – conversational narcissism may inadvertently rear its ugly head. Conversational narcissism isn’t necessarily founded on intentional self-interest. In fact, that’s not very frequent at all.

We will give unsolicited advice, try to bring up our own comparable experience, or make other comments that unintentionally take the focus off of the individual we are listening to when we attempt to demonstrate that we are paying attention. Have you ever had a conversation about a distressing experience in which the person you’re telling it to cuts you off to say, “I know exactly how you feel,” or “YES! ME TOO!”

Consider how you feel when someone responds to you like this. Is the listener making you feel heard and validated? Or is he or she making you seem uninterested or selfish? For most people, the answer is clear. So, how do we avoid being a person who responds in such a way?

According to sociologist Charles Derber, there are two types of reactions in conversations: a shift response and a support response. The first shifts the attention back to oneself, while the second supports the other person’s statement.

Celeste Headlee provides examples in her article for TED, titled, Why we should all stop saying “I know exactly how you feel”,

Tim: Why? What do you have to get done?

“Shift responses are a hallmark of conversational narcissism — they help you turn the focus constantly back to yourself. But a support response encourages the other person to continue their story. It lets them know you’re listening and interested in hearing more.” – Celeste Headlee

Larry King summarized it perfectly when he said, “‘I’ has no place in an interview.”

Far too many podcasters treat their interview as a robotic game of Twenty Questions.

They default to using the same cookie cutter questions with every guest, or do just enough prep work to produce a handful of specific questions the they work through one-by-one until they run out of talking points and are forced to end the episode.

What a sad way to enter a conversation!

Jordan Peterson once said in a lecture that, “If you’re going to speak effectively, you have to know way more than you’re talking about.” 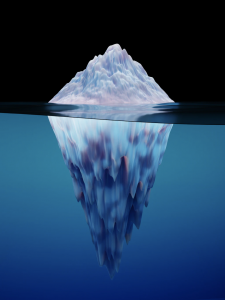 Consider the old iceberg example. The tip of the iceberg is what you can see – and there’s a huge mass of ice extending far beneath the surface of the water. As interviewers, we should be like that in many ways. We have questions and talking points at our disposal, as well as a wealth of information and study accessible on short notice.

This is not to imply that you must be an expert, but it is important that you have a less-than-basic understanding of the subject and who your visitor is, as well as what they’re about.

To summarize, do more than simply read the back cover of their book or website bio before the interview.

The more research you’ve done, the better prepared you’ll be to improvise. The number of talking points available to you increases as a result of your study. More gems in the interview = more discussion topics. This means a better episode – an improved experience for everyone involved: host, guest, and audience.

Listening to past podcasts is a great place to find out key information about your guest quickly.

Pro-tip: Remember, most podcasts tend to gain traction near the end of an episode, so if you’re already somewhat familiar with the guest, go ahead and skip ahead to look for gems within the episode. Listen for recurring questions asked in several interviews. Avoid replying or requesting the same anecdotes. Keep in mind that if your guest never discusses something they’re never asked about, they’ll be more inclined to share it with you.

Go beyond the back cover and table of contents. Read at least one chapter. Make an effort to spot significant emotional beats in the author’s text. Try to create questions around those instances.

Listen in for mentions of their motivations or inspirations. Keep notes and reference the exact speech or appearance in the interview when phrasing your question.

Scrolling through someone’s social media feeds is a simple method to discover some of their primary interests and passions (and even pet peeves). Take the time to jot down anything that could be worth discussing or avoiding.

Joe Rogan attributes much of his success as an interviewer to his being, “intentionally curious.”

Feigning interest in a subject or person for 5 minutes might be possible, but, unless you’re a true thespian, you can’t hide your true feelings for a 30-45 minute conversation. Your tone, body language, and other tells will betray you.

You should be fueled by real, intentional interest in each episode you produce.

Asking great questions demonstrates that you’re interested in the topic and respect your visitors’ time. It also allows them to talk about their experiences in an organic way, which is entertaining for listeners.

If you continue to have difficulty with feeling this, you’re likely doing a podcast on the wrong topic or need to find better guests.

Thanks for reading! We’d love to hear from you! Do you struggle with any of these poisons as an interviewer? What are the biggest ones we missed? 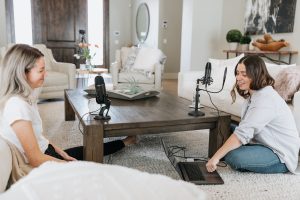